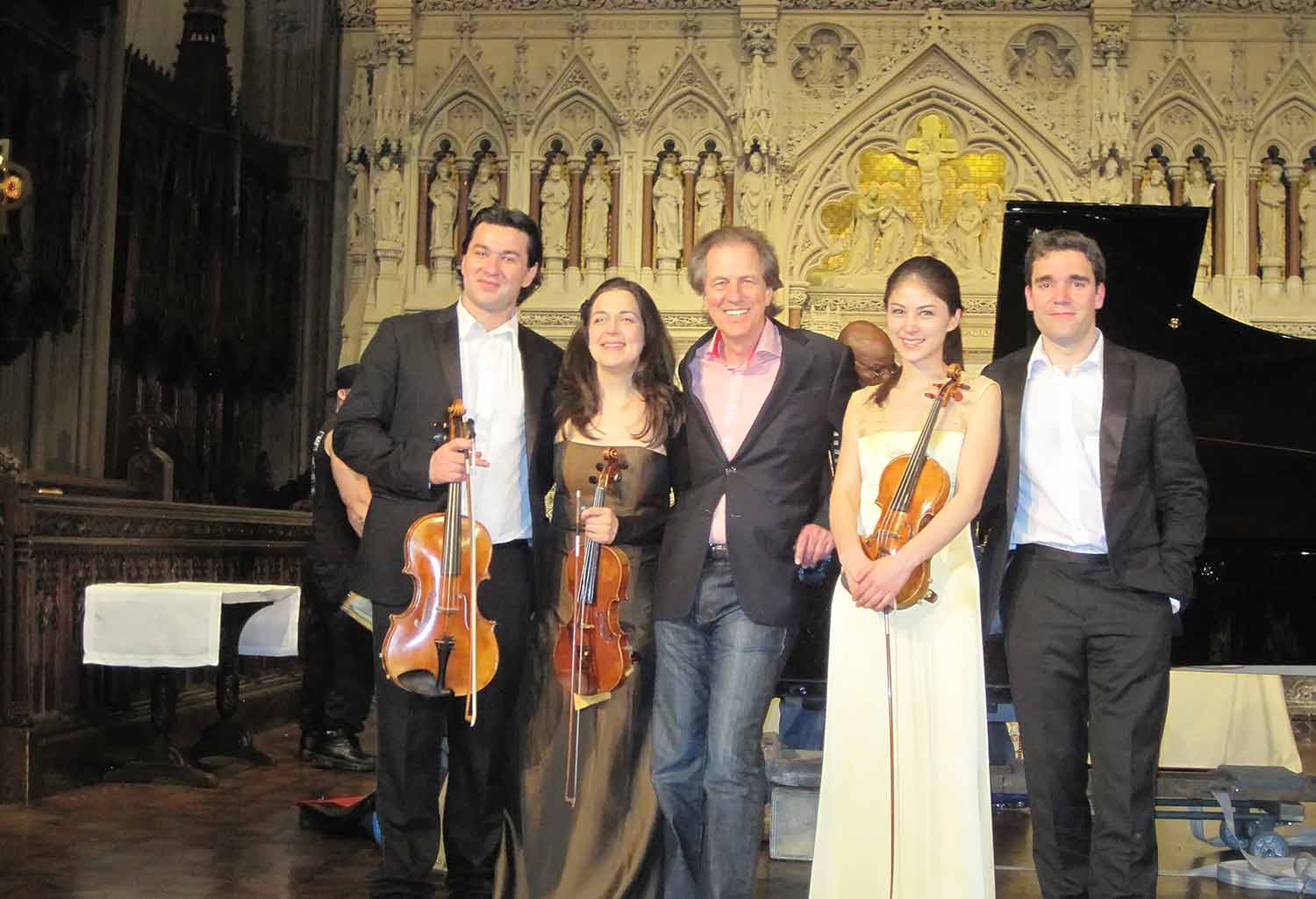 Voices of our customers

Every aspect of The Indianapolis is held to the highest artistic standard. Ultimo Productions is no exception as we were privileged to have Andreas Klein serve as the official recording engineer for the 10th Quadrennial Competition. With his vast knowledge of recording, his personal understanding of the repertoire being performed, and his respect for the artists, Andreas proved to be our ideal partner. Beautifully capturing the artistry of 38 violinists and their pianists over 17 days, Andreas was an incredible collaborative member of our artistic team. His flexibility during an intense and ever changing schedule during the competition was a testament to his outstanding professionalism.

Andreas Klein produced a rich, full-voiced, professional recording of our 70th Season commission: a Triple Concerto for Solo Violin, Cello and Piano with String Orchestra. A difficult task under the best of conditions; more so working in the difficult acoustic of our Concert Hall.The group of students working with him for the week received a hands-on, up-close overview of what is involved in professional recording and production.

…The recorded sound is first class…

The Lake Placid Sinfonietta will be celebrating its centennial in 2017. In preparation for this landmark event, we have been recording performances for a CD since 2012. We have had the great fortune to have found Andreas Klein of Ultimo Productions. His recordings and meticulous editing of these orchestral performances have been of the highest quality, which can be attributed to his technical skills as a sound engineer and to his sensitivities as a performing artist himself. We very much look forward to our ongoing collaboration with Dr. Klein in producing our centennial celebration CD.

His services were extremely reliable, and – as a fellow classical musician – he was very insightful in matching our artistic vision and aesthetic for the sound and overall production.

The recordings that he produced were of the highest quality and truly reflected the artistic ability and standards of our orchestra.

You can find out more about which cookies we are using or switch them off in settings.

This website uses cookies so that we can provide you with the best user experience possible. Cookie information is stored in your browser and performs functions such as recognising you when you return to our website and helping our team to understand which sections of the website you find most interesting and useful.

Strictly Necessary Cookie should be enabled at all times so that we can save your preferences for cookie settings.

If you disable this cookie, we will not be able to save your preferences. This means that every time you visit this website you will need to enable or disable cookies again.

This website uses Google Analytics to collect anonymous information such as the number of visitors to the site, and the most popular pages.

Please enable Strictly Necessary Cookies first so that we can save your preferences!

This website uses the MyFonts Counter in order to display the font. The counter is counting the number of page views.

Please enable Strictly Necessary Cookies first so that we can save your preferences!